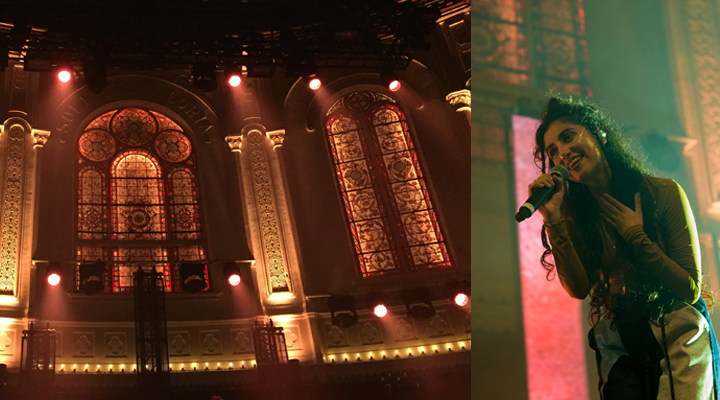 Paradiso is a music venue and cultural centre located in Amsterdam. It is housed in a converted former church building that dates from the nineteenth century and that was used until 1965 as the meeting hall for a liberal Dutch religious group known as the “Vrije Gemeente” (Free Congregation). Artists who have recorded or filmed concerts at the Paradiso include David Bowie, U2, The Rolling Stones and Pearl Jam.

Tonite I visited the Dutch Artist Naaz. She was performing her first show at the Paradiso. An inspiring concert.

Many people don't realize that there are almost as many artists at Pixar working in traditional media - hand drawing, painting, pastels, sculpture - as...read more →

Leading international photographer and filmmaker Anton Corbijn presents images from his extensive body of work in which he explores the crossover between photography and the...read more →